Not just a local landmark. A work of art. 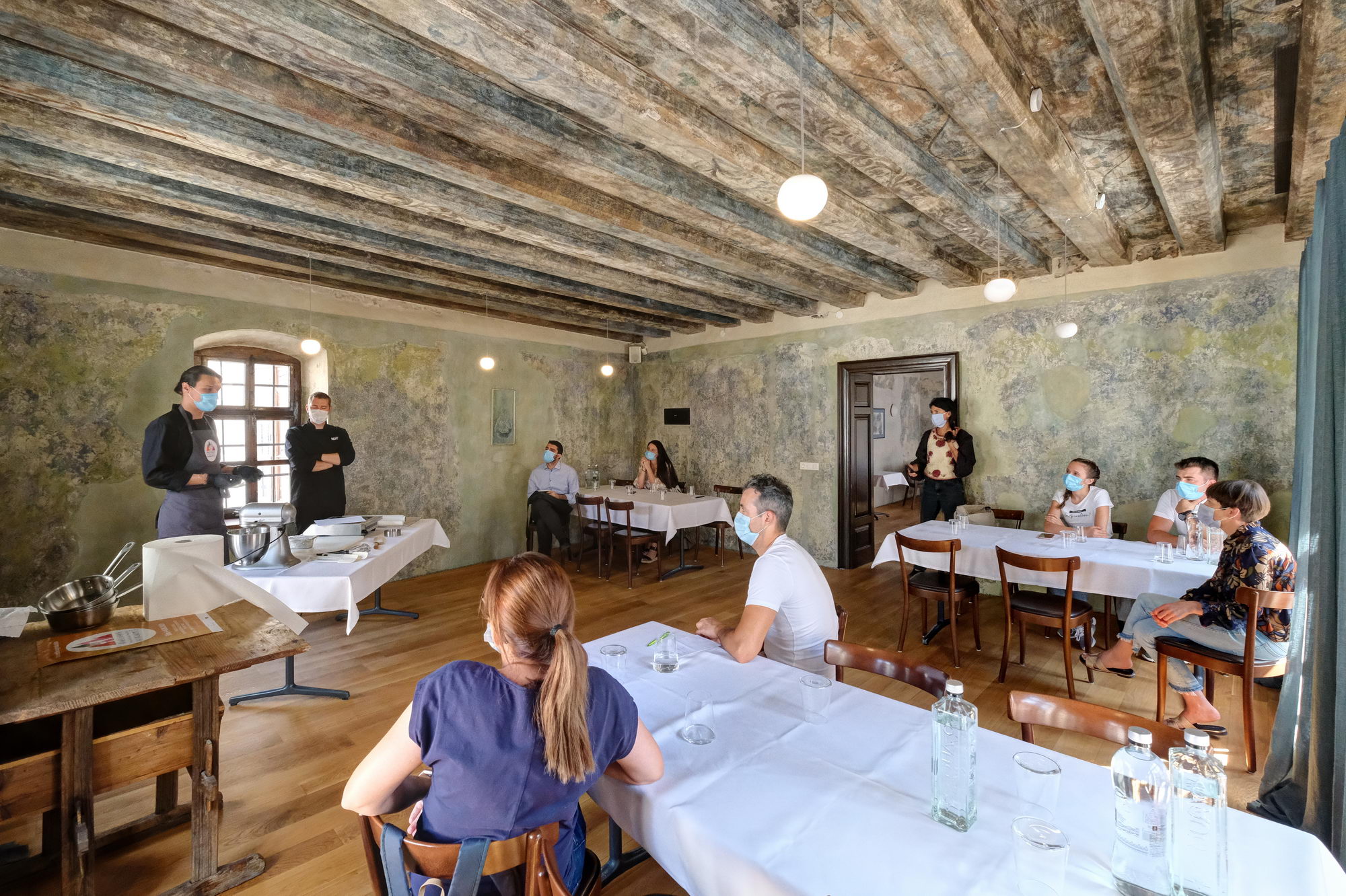 The history of the house on Ocnei Street no. 22 is over 590 years old. The gothic-style building worked as a leather shop in the 14th century and now is one of the oldest buildings in Sibiu. Inside the house were discovered the remains of barrels and knives used for processing hides, vessels and coins dated from 1430-1437. A century later, the building on the Pielarilor Street was joined and the building has extended along the way. During the time the function changed: among other things, there were found documents showing that in this place there once was a restaurant.

Although our restaurant was opened only now, in August 2020, its history actually begins on an evening of 2004 when, walking on the streets of Sibiu, Max Schweizer, a swiss businessman, fell in deeply in love with the house on Ocnei Street 22. The building was then in degraded condition, but Max felt the charm of this place immediately. The vision of turning this crack building into a special restaurant for Sibiu did not let him sleep at night. Although he was aware of the fact that it involved a very large investment that would probably never reward himself, he bought the building and began working to restore it. The restoration process took almost three years. All original value items have been retained, restored, and valued. Many details, for example the restoration of wall paintings in the upper rooms or the reconditioning of original wooden wall and barks have made this building what is now: an architectural jewel.

Where you find us:

This website uses cookies to improve your experience. We'll assume you're ok with this, but you can opt-out if you wish. ACCEPT Read More
GDPR